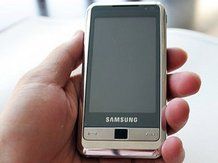 Samsung launched its Omnia phone in London last night, and now news has crept out that it's designing variants to service the burgeoning US 3G market too.

Given that one of the features of the handset is meant to be its startlingly brilliant internet capability, to only allow it to be 2G-capable in most of the US, a big market for Samsung, would be something of a faux pas.

The Omnia released in Europe only supports the UMTS 2100 MHz frequency, which means limited 3G capability in the US.

The i907 is available for 850/1900 GSM/WCDMA/EDGE networks over in the US, hinting it will make use of AT&T's 3G offering, which has improved greatly since the launch of the recent iPhone.

The i910 will work on the CDMA networks, so should be brought to Verizon fairly swiftly as Samsung hopes to hit the market with a device it thinks is way better than the iPhone.

If that is the company's aim, then the US market will have to be a huge priority if it's going to slow down the Jobs juggernaut.