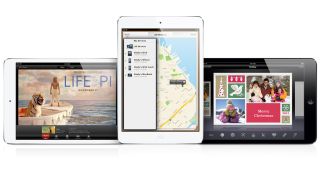 But it looks so innocent

In a wholly unsurprising move, Samsung has applied to have the iPad mini and iPad 4 added to an upcoming patent battle it's facing against Apple.

The case has been brought by Apple, but both companies are using it to claim that the other has stepped on multiple patent toes.

The iPad mini and new iPad have come under scrutiny because Samsung reckons the tablets infringe on two patents relating to wireless tech, as well as a number of "feature patents".

Last month, Samsung successfully added the iPhone 5 to its list of devices it has a problem with – it's pretty safe to assume that no Apple or Samsung mobile device will pass unsullied by the patent claims.

It's all just part of the pre-game entertainment though, as the actual lawsuit isn't set to hit court until 2014.

Samsung will be hoping for a better outcome than the last patent dispute tried in the US; the courts sided with Apple and Samsung had to cough up damages to the tune $1.05 billion.