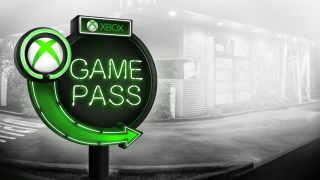 Remember when we told you that you about how to get your hands on the best Xbox Game Pass Ultimate deal?

For those not already in the know, players essentially worked out that by extending their existing Xbox Live Gold subscription, and then taking advantage of the £1/$1 introductory offer on Xbox Game Pass Ultimate, they could make big savings. That's because when you upgrade to Ultimate, your entire subscription is also upgraded, but you pay the same price as you had previously for Xbox Live Gold - which is cheaper than an Ultimate subscription.

In a surprising move, Microsoft is now encouraging players to take advantage of the "lifehack" in order to get huge savings on Xbox Game Pass Ultimate - the company is even telling players how to do it.

"It’s a great deal if you love games, but we want to help you get the most out of your membership by sharing a little lifehack to ensure you get as much bang as possible for your proverbial gaming bucks," Microsoft writes on its blog.

For the last month, Microsoft has been running a deal which gives you one month of the new Xbox Game Pass Ultimate service for $1 / £1 instead of the standard $14.99 / £10.99. This combines Xbox Live Gold, Xbox Game Pass and Xbox Game Pass for PC, rolled into the same subscription. Individually, they'd cost $9.99 a month, each, with some additional savings if you buy them annually at a lump sum.

This is already a good deal. But, there's a way to make it even better - essentially bringing Xbox Live subscribers the Xbox Game Pass Ultimate upgrade for 36 months for just $1 / £1.

How this works is that Microsoft is taking any remaining time you have left on Xbox Live Gold and converting it to Game Pass Ultimate when you add the new $1 / £1 for 1 month Xbox Game Pass Ultimate deal to your account. So, even if you've had Gold for a while or you're a new customer, there are still lots of savings to be made.

For more information, here's how to get the Xbox Game Pass Ultimate deal.