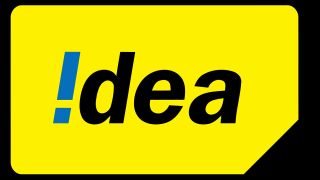 Under Rs. 399 plan, the company is offering unlimited local and STD voice calls within the home circle, 1GB 3G / 4G data per day and 100 SMSs per day for the entire billing cycle. This benefit allows users to freely make calls to any network in their home circle.

This plan from Idea also comes with free incoming calls while roaming. The roaming outgoing calls will continue to be charged at standard rates. The practice of providing 1GB data per day is something that is being seen in more and more plans because of Reliance Jio’s competitive plans.

India’s largest telecom operator, Airtel has also announced a Rs. 399 plan for postpaid users. Under this plan, the company is offering unlimited local and STD voice calls and 10GB 3G / 4G data. Interestingly, this plan comes with Rollover data, which means that unused data will get transferred to the next billing cycle.

Reliance Jio, the fresh entrant in the Indian telecom sector is offering a similar plan at a lower tariff of Rs. 309 per billing cycle. Under this plan, Jio is offering unlimited local and STD voice calls, including free roaming calls to all operators, 100 SMSs per day, 1GB 4G data per day and access to Jio’s suite of apps.