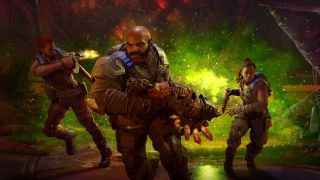 We've been waiting a long time for Gears 5 to release and, according to developer The Coalition, the wait is going to be worth it.

In an interview with Game Informer, The Coalition's multiplayer design director Ryan Cleven revealed the next installation in the Gears of War franchise is going to be the biggest we've seen yet, primarily due to its wide and diverse range of modes.

This isn't particularly surprising considering the vast number of single and multiplayer modes Gears 5 is bringing with it: Campaign, Escape, Horde, Arcade, Tour of Duty, Bootcamp, Escalation, King of the Hill, Arms Race, Dodgeball, Execution, Guardian, Team Deathmatch and Warzone. And, those are just some of the ones we know about at launch.

In addition, Gears 5 will feature new map-building and sharing tools which will keep players busy for hours on end.

Can't wait to get your hands on Gears 5's multiplayer modes? Well, you're in luck. The Coalition has confirmed that it will be hosting technical test sessions for some of Gears 5’s Versus multiplayer modes in July.