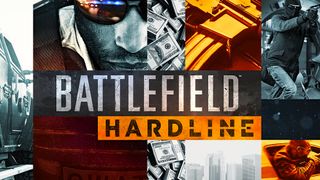 Are you ready for all the battles?

Looks like all those Battlefield Hardline rumors were true after all.

With just a little over two weeks until E3 2014, Visceral, Dice and EA finally let the cat out of the bag and confirmed Battlefield 5's existence with a teaser site. The game will of course be officially unveiled during the EA press conference on June 9.

In the meantime, an early trailer of the game - where it's still called "Omaha" - has leaked as well. It's been marked private on YouTube but if you're quick, Polygon still has one up.

So far, Hardline looks like a mixture of Pay Day 2 and GTA V with some good ol' fashioned Battlefield 4 Levolution stirred in. Instead of the usual militaristic Battlefield warzone though, we'll be immersed in a "war against crime" and in what looks like a police drama.

There's no release date attached though one is sure to be announced during the press conference.

Nope, no Fallout 4 for you

Bethesda did have something planned for E3. It's just not another Fallout.

Instead, we're getting a game called BattleCry - a free-to-play, third-person multiplayer game exclusively for the PC.

The first F2P from Bethesda and BattleCry Studios, it appears to be a heavily melee game where guns are generally banned. It'll likely get comparisons to Team Fortress 2 and Steam's many other F2P multiplayer games.

BattleCry will be playable during E3 and Bethesda has noted a beta will be available on the PC in 2015.

Keep checking back for more E3 2014 news, rumors and what we expect to see as we prep to hit the show floor.