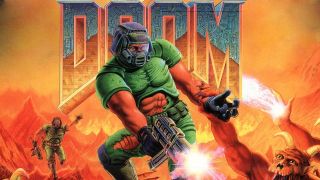 Bethesda has officially confirmed that the original Doom games - Doom, Doom II and Doom III - will be coming to Nintendo Switch, Xbox One, PS4 and mobile platforms.

The trio of games made their unexpected arrival first this morning, and were later confirmed by Bethesda VP Pete Hines at the company’s annual QuakeCon conference.

All three games have been available on other platforms in the past - most recently on Xbox 360 through the Xbox Games Marketplace - but now are available on modern consoles and mobile app stores for $4.99/£4 in the case of Doom and Doom II.

What separates these remastered versions from the Doom ports you’ve played before is that the original games come with four-player deathmatch and co-op, plus the Episode IV: Thy Flesh Consumed expansion that includes nine extra levels, and the Master Levels add-on for Doom II.

The Doom III remaster will cost a bit more ($9.99/£8) and include the base game plus the Resurrection of Evil and The Lost Missions expansion packs - however it's only available on consoles and won’t be available on mobile devices.

All the games are available on their respective platforms starting today.