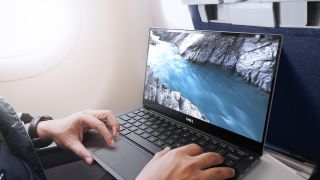 Dell isn't waiting until the holiday season to bring Intel's new 10th-Generation Comet Lake processors (CPUs) to some of its most popular mobile devices. We already knew about the Dell XPS 13 2-in-1 getting 10-nanometer (nm) Ice Lake insides, and now Dell has announced upgrades to the clamshell XPS 13 and Inspiron laptops, which will feature new 14nm Comet Lake CPUs.

Intel's new Comet Lake CPUs are power-focused, with high performance available in the U-Series processors. These can feature up to six cores and 12 threads, with up to 12MB of cache, single-core boost speeds up to 4.9GHz, and support for up to four Thunderbolt 3 ports. This makes the processors productivity-friendly, and thus a perfect fit for one of the best laptops on the market.

Here's a look at all the U-Series Comet Lake processors:

The new XPS 13 models can be fitted with any of the four U-Series Comet Lake processors and support 4GB to 16GB of LPDDR3 memory. The new laptop's 13.3-inch display also boasts 400 nits of brightness, Full HD or 4K Ultra HD resolutions, 100% sRGB coverage and support for Dolby Vision. With all of that, the XPS 13 still manages to stay under 2.7 pounds.