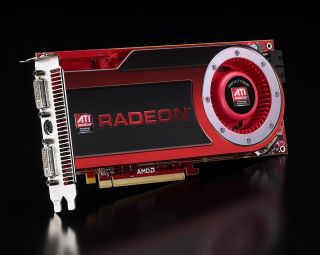 AMD has shipped a whopping 16 million DirectX 11-capable graphics cards in the last 9 months, the company has revealed.

Although it posted a net loss of $43 million for the second quarter of 2010, the buoyant nature of its ATI Radeon HD 5000 series was hugely encouraging for the chip giant.

"Our unmatched combination of microprocessor and graphics capabilities resulted in customers launching a record number of new mobile and desktop platforms," he continued.

"We added Sony as a microprocessor customer and continue to see our existing customers expand their AMD-based platform offerings."

According to AMD's report the graphics card segment of the company showed an eight per cent increase over the last quarter and 87 per cent year on year.