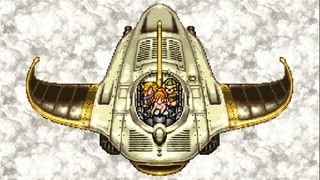 You whined, and Square Enix listened. The games publisher behind the PC release of the seminal, cult classic Super Nintendo (SNES) role-playing game Chrono Trigger has promised to address many of its issues through a Steam forums update.

Square Enix promises to accomplish this through a series of patches to the version of the 1995 SNES game recently released on PC, though simply as a port of the version released to iOS devices.

The first patch should arrive in the first half of April, and it will restore the original graphics used in the SNES release of the game, not those found in the mobile release. Players will even have the option to switch between both visual modes.

Hopefully, the improved graphics will address awfully-spaced and textured dialog and menu boxes as part of the overhaul.

A new way of looking at things

Fervent fans of Chrono Trigger have flooded the Steam forums with complaints of how this release of the game on PC fails to capture the spirit of the original in much the same way that the mobile release did. The mobile version had numerous changes to the interface so that it could be played on the touchscreens of mobile devices.

On PC, no such adjustments are needed, man customers felt that Square Enix was simply slapping the mobile version of the game on PC without much additional tuning or effort for the platform.

Now, starting with the graphics, Square Enix looks to make good with the Steam audience who spent $14.99 or £14.99 to enjoy one of its most popular and highly-regarded RPGs of all time. In time, perhaps Chrono Trigger on PC will truly be worth that price of admission. If anything, know that Square Enix, sometimes, will listen – if your complaints are loud or numerous enough.