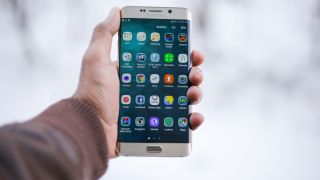 There are loads of things you might want to screenshot on your phone, from achievements in games, to hilarious text or message conversations, and it's incredibly simple to capture these moments. You barely need to move your hand to do it.

Without knowing the correct combo of buttons, though, it can be a little hard to get the screenshot function to work – since you're using the side buttons, it can be easy to accidentally turn off your phone or rocket up your volume to max.

That's why we've come up with this simple guide on how to take a screenshot on an Android device.

Some newer Android phones have a screenshot function that means, in the swipe-down menu, you can press a button to take a screenshot, and certain Android handsets have different button combinations you'll need to hold to take the picture – but don't worry, we'll run you through all that.

How to screenshot on Android phones and tablets

Your phone will give you a visual indication that a screenshot was taken – sometimes a little image of the captured picture will linger in the bottom corner, other times the sides of the screen will light up. If you don't see this, it might be that the image didn't save, so check your gallery to make sure.

This button combination might not work for every phone out there, so don't fret if nothing is happening at this point.

Some phones or tablets require a slightly different combination of button presses to trigger a screen capture. If the above steps didn't work, try holding down the Power button first and then tap the home button. This typically works with older phones, that still have a physical button. This shortcut even works on Android devices that can snap photos with the Power + volume down button combo.

This function is perfect if you want to take a screen capture of Snapchat or Instagram, or if you want to show your friends the high score you achieved in a game. For all matters serious or just for fun, commit these shortcuts to memory.