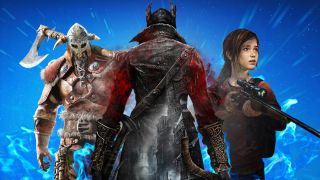 The PS5 reveal date edges closer – and there's now more evidence to suggest a PlayStation 5 launch event is imminently upon us.

Tech site LetsGoDigital has spotted a trademark application for the PlayStation 5 that's been submitted in Switzerland this week by Sony Interactive Entertainment. It covers off all you'd expect from a console, including hardware, peripherals and gaming software.

In the notes for the trademark application is also a priority claim for the trademark filed much earlier in Jamaica, dated October 3, 2019. It's common practice for a company to first file their trademarks in nations like Jamaica that don't list applications in readily searchable databases online, showing that Sony's been firming up its PS5 plans for some time.

It's all starting to make the stars align for Sony's next-generation console: with the hardware legally protected, it can start going about promoting it in earnest ahead of it going on sale.

But that hasn't stopped the internet hive mind from attempting to play Sherlock, with a Reddit thread last week believing it had found enough evidence to have tracked down a New York City venue for the launch event, and 29 February date. We had our doubts, but with Sony's operations picking up speed, the company will have to show its hand sooner or later.