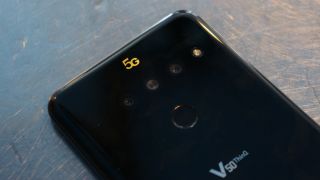 LG’s next flagship phone, the 5G-capable LG V60, is only headed for two markets - the US and Europe - according to an LG executive. Meanwhile, other regions will get 5G phones in lower price tiers.

LG is shifting its strategy to only release its new top-end phone in areas with consumers that will pay higher prices for handsets and where carriers have more aggressive marketing, LG Mobile Communications Business lead Shin Jae-suk said in an earnings call, reported by TheElec.

LG will release a more affordable 5G phone in its home region of Korea, Shin said in the call. This could be referring to the upcoming LG G9 in the more budget flagship G-series tier - or perhaps something even more mid-range.

Aiming different phones at territories they’re more suited for isn’t a new strategy, but it’s further complicated by the nascent 5G markets. The next-gen networks are still being built, and will work on different frequency bands once they go online.

Consumers are unclear about 5G, but excited for higher speeds, and this is where LG has decided to plant its flag by releasing the 5G-capable LG V50 ThinQ 5G in mid-2019 as a minimal iteration on the V40 that felt rushed out to be one of the first phones out there that could work on the advanced networks - or at least Verizon’s in the US.

Conceivably, the LG V60 will follow in these footsteps, offering the marginal advancements and perhaps a new trick or two - LG’s signature - at a price below other 5G flagships. But as those prices are still beyond what other markets will pay (especially those flooded with more affordable Chinese phone brands), it makes sense to send a cheaper 5G-capable phone there.