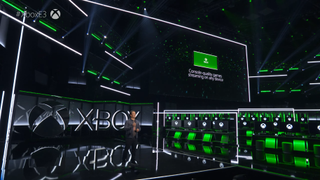 The PS5 vs Xbox Series X showdown is just the latest in a 20-year console battle between Microsoft and Sony, but Microsoft may be worried about bigger rivals.

In an interview with Protocol, Xbox boss Phil Spencer said that while he respects Sony and Nintendo, Microsoft's true rivals in gaming are the likes of Google and Amazon. Coming from the same person that said "I don't need to sell any specific version of the console in order for us to reach our business goals" in an interview with the Verge right after E3 2019.

So, it should be clear that Microsoft is betting on its titanic presence in the cloud world to drive the future of the Xbox brand, and it's not too surprising. After all, Project xCloud was revealed way back in October 2018 before we'd even heard of Google Stadia in the first place.

With the backing of Microsoft Azure combined with the experience of the Xbox team in the gaming space, Project xCloud could become a major competitor when it drops later this year. So far, game streaming hasn't become the mainstream behemoth that Google perhaps wanted it to be, but now that GeForce Now is out and xCloud is on the way, that could potentially change.

One thing is clear though, Microsoft wants to get as many people into the Xbox ecosystem as possible. And with the company unleashing all of its games onto PC and with rumors of a $60 xCloud streaming console, it's hard to see how Sony or Nintendo could have the cloud infrastructure to compete. Never say never - but we'll see how the future of gaming is impacted by streaming, especially once the next generation of consoles kicks off in earnest.