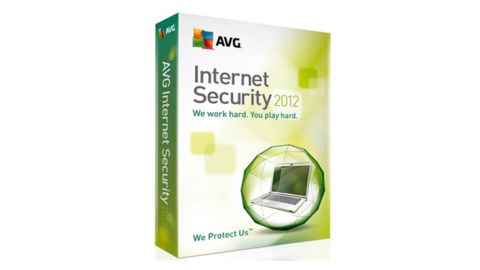 Fast and light, but is it worth the money?

When you're best known for releasing a free antivirus product that is popular with both customers and critics alike, you face a unique dilemma with your paid-for version: what can you offer in your paid version that will convince people to upgrade and part with their money?

This is the situation AVG finds itself in, with its AVG Internet Security 2012 - priced at £40 in the UK and $54.99 in the US for one PC for one year - vying for market space alongside its very popular AVG Antivirus Free 2012.

The interface isn't quite as slick as its competitors', and a desktop gadget that is installed alongside it (like with Norton Internet Security 2012) is ugly and basic. However, it is easy enough to navigate through the many features and options.

This is where the main differences between AVG Internet Security 2012 and AVG Antivirus Free 2012 emerge. While the latter free offering is purely antivirus, the former offers far more features that you'd expect from its rivals.

Firewall, anti-rootkit and identity protection features are all present and correct. They're clearly explained and easy to set up as well.

However, among these features on display on the main page are the PC Analyzer and LiveKive applications. Although they appear to be part of AVG Internet Security 2012, clicking on them leads you to a page asking you to subscribe to the services separately. An understandable request, but it's never nice to be told that a feature you think you've paid for actually requires a separate subscription.

On the antivirus front, CPU usage was 10 per cent, which is pretty good, although there is a slight delay in opening and closing windows and sending emails while the full system scan is running.

Still, it completed a scan in a very fast 7 minutes, 41 seconds - one of the fastest times we've seen.

Recently, AVG Internet Security 2012 benefitted from a substantial service pack update. The main feature that is included with this update is the 'Do Not Track' function. If you've ever browsed for a product on one website, then gone to another website and found adverts for the product (or similar ones) popping up and seemingly following you, then you'll have experienced what AVG Internet Security 2012 is tackling.

While delivering targeted adverts to web users might not seem too bad, some people will be worried that their browsing information is being stored and shared without their knowledge or consent.

Another new feature is the Wi-Fi Guard, which protects you from unknown and unprotected wireless access points. As more and more of us are happy enough to join networks in bars, cafes, hotels and more, this is a welcome layer of protection.