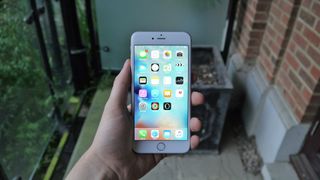 Looking to save on a new iPhone? What if you could get one for less than what the Apple Store would charge you – or without having to brave the front lines on Black Friday for a discount – but still get it directly from Apple?

Apple has added smartphones to its list of refurbished goods for sale on its online store, meaning users can get a like-new iPhone for less, direct from the maker. This isn't the first time Apple has done this, notes The Verge, but it's clearly been a few years.

In the past, Apple has offered other refurbished goods at its website –  primarily MacBooks and iPads – but now a 16GB iPhone 6S or 64GB iPhone 6S Plus can be yours for $100 and $110 off the factory-fresh price respectively.

Despite being refurbished – meaning the phones were returned or traded-in by users and then tested and distributed for resale by the manufacturer or vendor – Apple's out-of-box phones come with a few assurances.

First off, Apple's refurbished handsets have brand-new batteries and casing, meaning they won't look used, or die out after an hour's use.

Additionally, Apple's refurbished phones are unlocked, SIM-free, and include a one-year warranty as a bonus. That warranty alone can take the sting out of getting a non-factory sealed phone, should something go wrong.

Refurbished iPhones from Apple are currently only available in the US, though UK and Australian buyers can still snag secondhand iPods, Macs, and even iPads, which Apple has offered for some time.

On that note, it appears that Apple's supply of trade-in iPhone 6S handsets may be from the company's recently announced iPhone Upgrade Program, as 9to5Mac points out. If so, that means stock could dry up fast – so get on it quick!