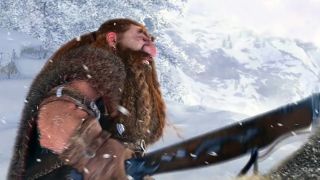 Blizzard has revealed more details on exactly how World of Warcraft Classic will pan out, with the nostalgic spin on the MMO set to be based on the game as it was during Patch 1.12 (known as Drums of War).

Drums of War went live in August 2006 and was the last patch before the first big expansion for the game landed (Burning Crusade arrived at the start of 2007). Blizzard said it took much deliberation over exactly where to pitch WoW Classic, and chose this point because it “represents the most complete version of the classic experience”.

Work is underway on rebuilding the old game, but predictably – considering this is a build dating back well over a decade – the developer encountered plenty of thorny issues to untangle, like compatibility problems with modern graphics cards, and a lack of support for Blizzard’s modern security systems.

So the idea is to present players with a vanilla version of World of Warcraft pre-Burning Crusade content-wise, but also bring it fully up to date with the important bells and whistles of the modern game, such as the firm’s anti-cheating countermeasures.

The end result should be the best of both Worlds (of Warcraft). What Blizzard is doing, essentially, is taking the codebase of the modern game, and using it to process the data from Patch 1.12.

The company observed: “After weeks of R&D, experimentation, and prototyping, we were confident we could deliver the classic WoW content and gameplay without sacrificing the literally millions of hours put in to back-end development over the past 13 years.”

The end result, Blizzard claims, will be a stable classic game not beset by any potential latency issues (which would be a real killer, obviously), and including the aforementioned anti-cheat systems, as well as Battle.net integration and a full customer service experience.

World of Warcraft Classic was announced at BlizzCon last November, with the company admitting it was a “larger endeavor than you might imagine”. That was a hint that we shouldn’t expect the arrival of the game any time soon, and there was no talk of any possible release date timeframe in this latest post, either.

This is something that many fans of the game have been wanting for quite some time, to the extent that some folks have made their own vanilla WoW servers in the past, and subsequently clashed with Blizzard over those projects.