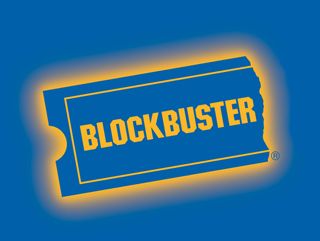 Samsung has reportedly signed a deal with movie rental outfit BlockBuster to provide a film streaming service to its Blu-ray players, laptops, smart TVs and Galaxy tablet and smartphones.

Samsung sources let slip to Smarthouse that the deal is set to encompass the US, Europe and Australia over the course of 2012, with a US and UK release date set for the first half of 2012.

The not-entirely confirmed news is lent further credence by Paul Uniacke the CEO of the company that has the rights to the Blockbuster brand in Australia, who is quoted as saying, "The Samsung deal is a brilliant deal."

I'll have a B please Bob

TechRadar is awaiting a response from both Samsung and Blockbuster on the rumour, although we'll be inclined to eat our collective hat if either outright confirms or denies the story.

It would be an interesting move for Samsung to opt for Blockbuster as opposed to Netflix or even Amazon's Lovefilm service.

If true, it will certainly prove a good move for Blockbuster which is looking to transition from bricks-and-mortar two-DVDs-for-two-nights-for-a-fiver video renter to fully-fledged digital web 2.0 movie streaming service.

From Smarthouse via The Next Web