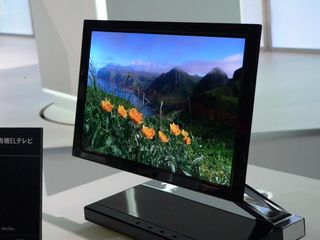 Samsung is planning on getting into next-generation AMOLED displays in a serious way from next year and already has eyes on stretching the technology beyond the current size restrictions.

According to Samsung SDI's VP of mobile display marketing, Woo-Jong Lee, Samsung will be able to produce 3 million AMOLED (active matrix-based organic light-emitting diode) panels in 2009. Lee also said that the company anticipates doubling its capacity again by the end of 2010.

But perhaps the biggest issue facing Samsung now isn’t that it can produce AMOLEDs, but rather that it’s currently too expensive to produce anything larger than an 11-inch display. According to Lee, though, consumers should be on the lookout for much larger screens in the coming years as production costs are reduced.

Although Samsung sounds determined to bring AMOLEDs to the market, the company has yet to produce one itself and is still battling other companies in the LCD business. But if its promise becomes a reality and it can offer AMOLEDs in both HD TVs and notebooks, look for more companies to jump on the organic bandwagon.