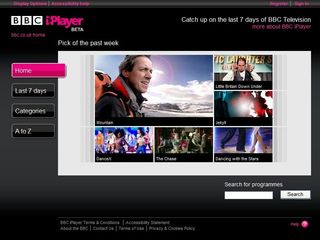 Virgin Media has announced that it has updated the iPlayer functionality offered through its V+ service to offer HD content.

Although the BBC announced last week it has started offering some of its shows on the iPlayer in HD, there was no word on when the service would come to Virgin.

The press release states: "Virgin Media's TV customers are now able to watch some of their favourite BBC programmes, including Robin Hood, Friday Night With Jonathan Ross and Later… With Jools Holland, in HD and on demand."

Interesting stuff, but we wanted to try it out for ourselves, so we got our intrepid news reporters Adam Hartley to try out the service on his V+ box today and his immediate response was: "Wow. Awesome. I'm just watching Last Of The Summer Wine in glorious high definition Technicolor via the iPlayer on my telly. Thank God for the BBC! Thank God for Richard Branson!

So there you have it: iPlayer HD – makes even Last Of The Summer Wine look good.