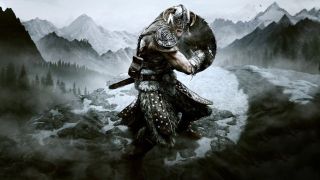 More than seven years after it first launched, and we still can't get enough of The Elder Scrolls v: Skyrim. And that's thanks in large part to the continued efforts of its dedicated modding community, which is now serving up another treat – working multiplayer support.

Though the Elder Scrolls games excel in large part thanks to their focus on solo play (the Elder Scrolls Online notwithstanding, of course), several years in and Skyrim's large open world still begs to be explored with pals. Many modders have tried to bring this dream to fruition, but it's the team working on Skyrim Together that has come closest to making it a reality.

It allows up to eight players to team up and take on the majority of what Skyrim has to offer, once again breathing new life into the game.

Skyrim Together is currently in a closed beta, accessible only to the team's Patreon contributors, though that's only set to be a short season before a wider release is enabled.

So what can and can't you do in Skyrim Together? It seems the majority of the game is accessible in multiplayer mode, with NPCs and quest systems supported – though no effort is being made to adapt missions to make them more co-op compatible. You'll be able to interact with objects and NPCs as you'd expect, although dragon encounters, a key elements of the main storyline, don't quite work.

As for interactions with other players, these work just how you'd hope they would – team health bars are displayed as part of the interface, and you can heal target charms with restoration spells and the like.

Could this be a sign of things to come for the Elder Scrolls series? Alhough its efforts proved problematic in Fallout 76, Bethesda certainly has ambitions to make its open world games more multiplayer-friendly. While a modding effort is a far stretch from official support, don't be surprised if we see this one, and many other Skyrim mods, act as inspiration for elements of the The Elder Scrolls 6.