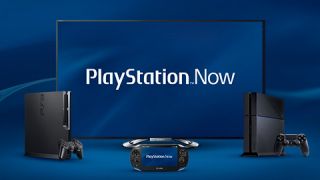 PS Now, or PlayStation Now, was a fascinating experiment when Sony launched the game streaming service back in 2014. No other services like it had quite gotten off the ground – OnLive being the most notable – and it’s a testament to Sony’s work that PS Now is still plodding along today.

But if Sony wants PS Now to truly be a force to be reckoned with, especially with a next-gen PS5 console set to jumpstart the technical capabilities of the PlayStation platform – one we know developers are keen on making titles for – something is going to have to change.

With Microsoft launching its Project xCloud streaming competitor too – possibly to coincide with the Xbox Series X release in late 2020 – Sony needs to make sure its own streaming service is keeping up.

What's the big deal with the PS5?

The PS5 will mark a huge jump in processing power compared to the current generation of consoles, with 8K resolution support, an SSD hard drive, partial game downloads, and more. Regardless of fiddly internal specs – only some of which have been confirmed – players are going to be expecting games that look better, feel smoother, and offer more impressive and expansive worlds – and subscription services like PlayStation Plus or PS Now need to match that.

Sony has confirmed that PS Now will have a role to play for the PS5 console, but the difficulty will be in making sure the service feels current – rather than something leftover from the PS4 and PS4 Pro generation.

Pricing has dropped: it should stay that way

We’re seeing the beginnings of necessary changes: the PS Now price cut in 2019 was highly welcome, bringing the cost on par with Xbox Game Pass, at around $9.99 / £8.99 (around AU$15 – though we really should see the service come to Australia soon too).

PS Now needs to stay accessible, and reversing a price cut wouldn’t be a good look for heralding in the PS5 version of the platform, especially given the likely price point

PS3 downloads by launch – and some PS5 titles too

While PS Now started out purely as a game streaming service, it did see offline play introduced with downloads for PS2 or PS4 games – taking a lesson from Xbox Game Pass, which only offers game downloads. Casting the net to include PS3 games feels necessary just for consistency, especially given how many of the 800-strong catalogue are from that console generation.

But the real way to drag PS Now into the world of next-gen is with some next-gen games. Microsoft had the confidence to drop its first-party Gears 5 game onto Game Pass on day one of its release – and did the same for Obsidian’s sci-fi RPG The Outer Worlds, with Halo Infinite set to get the same treatment later this year.

For Sony to convince gamers that PS Now is a service worth buying into, some big-name PS5 games will be needed early on. Godfall seems a good bet, while the incoming Gods and Monsters and PlayStation-exclusive The Last of Us Part 2 would really help make PS Now more attractive.

Google Stadia does it; Project xCloud does it; PS Now does not.

We got official word on this from software engineer Yasuhiro Osaki, who works at Sony Interactive Entertainment and stated that, while the PS5 would continue to support PS Now, there were no plans to bring the service to mobile.

It’s more an inconvenience than a deal-breaker, but with the competition offering the feature, PS Now is only going to get more side-eye as time goes on – and it’s clearly something that’s technically possible to implement at least.

Can PS Now beat Xbox and Stadia in the long run?

PS Now is currently caught between its streaming and download offerings – especially given the inconsistent implementation of the latter. But with its far larger library of titles compared to Xbox Game Pass, its potential as a one-stop, dual-purpose platform is huge – and could have a massive advantage over the split between Xbox Game Pass and Project xCloud, if they continue to stay distinct in the future.

PS Now doesn’t necessarily need to beat Stadia or Xbox outright; it just needs to ensure it doesn’t shed players to competing services in the move to another console generation. At the moment, that doesn’t seem certain.