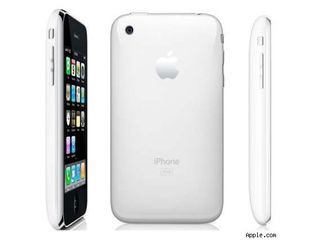 iPhone case getting all jazzed up?

Clamouring for more on the next iPhone? Well here's the latest rumour-bomb: the iPhone 4G (as it's being dubbed) might come with a touch sensitive casing.

This means Magic Mouse-like multi-touch technology covering its body - making it an awesome way to navigate through the iPhone.

He also believes that the next iPhone will have a 5MP camera to help keep it from falling too far behind in the cameraphone race - although we've seen before that Jobs doesn't care about a decent camera on his mobile baby.

"Apple's going to put a lot of innovation, not just on the hardware, but also on the software of the new iPhone," said Chen rather cryptically (and obviously).

We love/hate iPhone rumours as much as the next person, but we'd be pretty surprised if something this cool/battery sapping would appear on the next iPhone.