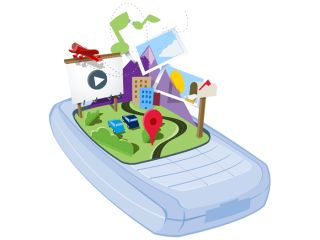 When even legislation doesn't work, sometimes prohibition is the only solution

There can't be many hold-outs left who still think it's all right to have a few pints in the pub and then drive home, so why is it that many people think it's ok to write text messages on a phone when that's supposedly even more dangerous?

That's a question Florida company Textecution is trying to stop being asked by developing a piece of software that simply stops phones being used in moving cars at all.

The eponymous application runs only on Android phones so far and is available from the Textecution site for $9.95 (£6.60).

In essence, it uses the phone's GPS to work out if the handset is moving at more than 10mph. If it is, the software blocks access to the messaging functions and that's that.

A very obvious flaw in the premise is addressed partly by a system that allows users (probably young adults) to message administrators (their parents) seeking an override exception when, for example, a passenger in a car or riding a bus.

Due to the limited number of Android phones on the market (i.e. one) right now, Textecution is clearly little more than a proof of concept, but the company does say it will have an iPhone version available soon.