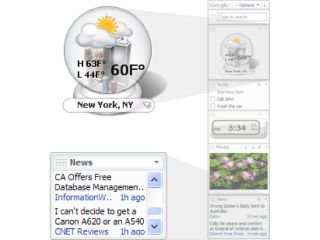 Google 's popular search application that indexes data on a computer, rather than online, is now available for Linux machines after the company's latest beta release.

The Linux version of Google Desktop joins a fully complete Windows program and a Mac version that is currently also in beta. It features all the indexing and searching features seen on other platforms but lacks some of the frills of the Windows application.

The Windows Gadget and Sidebar features are missing from the new version for the open-source operating system. But users can still use a single hotkey to bring up a search box that allows them to search their computers for particular files, emails or programs.

Linux Desktop is available in several European languages as well as Japanese, Chinese and Korean. It runs on the most popular versions of Linux, including Ubuntu, Fedora and Debian using either the GNOME or KDE interfaces. Mac users are already familiar with a similar technology, known as Spotlight, that is a native part of OS X.