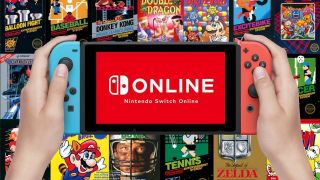 Ever since the Nintendo Switch Online service launched back in 2018, fans have been clamoring for a more fleshed-out online offering – mainly when it comes to retro games.

Judging by this year's Nintendo shareholder's meeting, it looks like we may be getting what we asked for.

As reported by NintendoLife, Nintendo President Shuntaro Furukawa confirmed to shareholders that the company was considering offering more than Nintendo Entertainment System (NES) games on its online platform:

“At this place we cannot tell new information about future classic hardware among others, but we are thinking about providing an extension of the online service which is currently providing Famicom [NES] software, as well as other methods of providing them. We also recognise that there are opinions wanting to play past titles.”

Alongside cloud saves, and the ability to play competitively against other players worldwide, Switch Online's 10 million subscribers gain access to a retro game emulator for the Nintendo Entertainment System (NES), with 2-3 new games being added each month.

Unsurprisingly, many players – ourselves included – have wondered when the service would expand to include titles from other retro consoles like the SNES, Nintendo 64, or even the GameCube.

Furukawa's comments show a willingness to add more retro titles in the future, and we'd be very surprised if Nintendo didn't include them at some point: if you have a back catalogue to attract more subscribers, why not use it?

But Nintendo has added NES games sparingly, and it seems the team is in no rush to get other offerings on Switch Online.

What's interesting about these comments is the suggestion that Nintendo might use "other methods of providing" retro titles, aside from the current NES emulator. Furukawa may be referring to the NES Classic Mini or SNES Classic Mini: refreshes of Nintendo's old consoles with a curated selection of games pre-loaded onto the hardware.

We've been holding out hope for a N64 Classic Mini, and it may be Nintendo plans to issue more of these mini consoles before bringing more software to Switch Online subscribers. The ball's in Nintendo's court, and we only hope we don't have to wait too much longer.