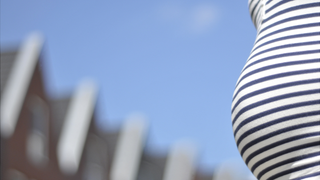 There's no evidence that Wi-Fi radiation causes any damage to the human body, but that hasn't stopped Chinese technology firm Qihoo 360 from releasing a wi-fi router that comes with a 'pregnancy mode', which reduces the radiation it emits.

Qihoo's P1 router has three settings - 'wall penetration', 'balance' and 'pregnant women'. The third reduces the radiation emitted by the router by 70%, the company claims. The South China Morning Post reports that the Qihoo's CEO said he was "targeting people who are afraid of radiation".

As the prevalence of electromagnetic radiation has increased over recent decades, so too has fear that the radiation is a risk to human health. But the non-ionising radiation used in telecommunications is very unlike the kind released by uranium and other radioactive materials, and there's no evidence that it does any harm to humans.

The World Health Organisation's official advice for pregnant women regarding electromagnetic fields reads: " The overall weight of evidence shows that exposure to fields at typical environmental levels does not increase the risk of any adverse outcome such as spontaneous abortions, malformations, low birth weight, and congenital diseases."

In case you're standing on your chair shouting that more research needs to be, the WHO adds, "Approximately 25,000 articles have been published [on the biological effects of non-ionising radiation] over the past 30 years. Despite the feeling of some people that more research needs to be done, scientific knowledge in this area is now more extensive than for most chemicals."

So there you have it. Qihoo's 'pregnancy mode' is going to make it harder for you to access the web, and you'll get zero benefit in return. If you hear of anyone else spouting nonsense about adverse health effects of Wi-Fi, here's where to point them.