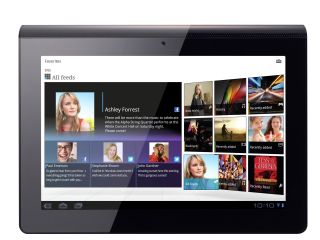 Sony is planning to launch its S1 and S2 tablets in the UK this September, according to reports, with John Lewis lined up as one retailer to stock the device.

Sony has remained tight lipped on release dates for its pair of tablets, but it makes sense that they would be out before the Christmas rush and that's exactly what Engadget is reporting.

The site has said it has seen the release date for one unnamed Sony tablet and it will be arriving in the UK in September.

It's unclear which one is being released, or if it is both, but it looks like John Lewis is on board as a retailer for the tablets.

The Sony S1 and S2 are Android 3.0 tablets that have rather unique designs. The S2 is a clamshell, while the S1 has a lip on its back which is said to help grip.

The S1 has a 9.4-inch screen and will be have Sony Bravia support.

TechRadar will be at IFA 2011 early September where we are hoping to hear more about Sony's tablet plans and get a hands on with the S1 and S2 as well.