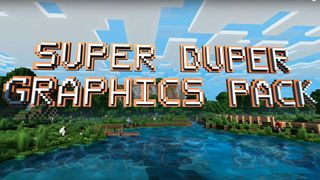 Have you played Minecraft? Sorry. Yes. Of course you’ve played Minecraft – it’s the videogame equivalent of asking if you’ve ever played Tic-Tac-Toe or hopscotch. It’s this gaming generation’s most ubiquitous title, available (initially freely) on everything from PCs to low-end smartphones to the newly announced Xbox One X. It took an age, but Microsoft even eventually saw fit to bring it to its own mobile OS, hoping the Minecraft brand’s licence to print money would rub off on the flailing smartphone platform.

For the hardcore fan (of which they’re many – the game’s been bought more than 100 million times, and inspired Microsoft to buy the game outright for $2.5 billion), they’re probably seeing Minecraft blocks in their sleep, playing the game religiously and spending almost as much time trawling the pages of YouTubers and Twitch streamers for the latest news and builds in the game.

It’s easy to see what’s made Minecraft so popular, an alchemical mix of simplicity and creativity. Gamers are given free reign to use its block-based building system to create essentially any structure they can think of, from simple shacks to complex minecart systems and even a working in-game smartphone.

Although it’s since spawned many imitators over the course of its eight-year life, it was massively refreshing upon release, a taste of what an infinite digital LEGO box could be like - other brick-based games are available.

Its simplicity is key. Limiting the game world to blocky objects not only meant it could run on a huge number of devices without taxing a high-powered GPU, it also aesthetically separated it from the pack.

Bold, colorful and far removed from the grim-dark shooters that can dominate the gaming landscape, you could go as far as using the so often-misappropriated description and apply it to the Minecraft style: it was, it is, iconic.

Which makes Microsoft’s E3 Minecraft announcement of a new 4K-optimised ‘Super Duper Graphics Pack’ so groan-worthy. Designed to spruce up the Minecraft visuals in a way that takes advantage of the growing graphical grunt of 4K gaming systems (including, of course, Microsoft’s own Xbox One X) it gives Minecraft a significant makeover.

“Dynamic shadows! Directional lighting! Edge highlighting!” boasts the Minecraft blog, all coming as a free update to the game in the Fall of this year.

You’re not drawn in by what the game presents to you (at least visually), but what you can present to the game through your creations. The simpler the palette, the more amazingly unexpected the eventual culmination of your greatest Minecraft works.

From humble beginnings come great achievements, and that simple original Minecraft aesthetic points to the promise of your imagination, rather than how many ones and zeroes are being pushed under the hood of your machine.

It’s like saying you’re going to give the Mona Lisa an HDR makeover –  wholly inappropriate, not simply because it’s anachronistic, but also because it undermines the quality of the original work. Or, to use a more recent example, take the Star Wars: Special Edition remasters – tweak a beloved work too much, and you risk diluting the homebrewed charm of the original.

A few still shots of the new update.

“Our beloved pixels are going nowhere - and we’re thinking about ways to give you more choice over your game’s look in the future.”

And Microsoft did make one undeniably positive Minecraft announcement at E3 – the chance for cross-platform play for the game, expanding the ways gamers can play together, no matter what console they own, prefer or can afford.

Minecraft is a long play for Microsoft, with arms reaching out to education and design sectors as well as gamers. So it must evolve for it to survive long term. But while that’s being supported by smart moves like cross platform play, the Super Duper Graphics Pack suggests it may be losing sight of what makes Minecraft so special in the first place.