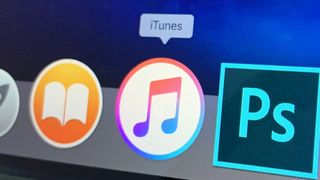 iTunes' time is up. At WWDC 2019, Apple revealed that it will be winding down the iconic music platform after 18 years of music downloads, storage, and streaming, in favor of its newer apps Apple Music, Apple TV and Apple Podcasts.

Going by what was revealed at the WWDC 2019 keynote, it appears that iTunes will be phased out with the introduction of the new version of MacOS, Catalina, with the above trio of apps taking over all of its existing functionality.

We've been expecting this day to come for a while now, but the closure of the long-running music platform was confirmed by Craig Federighi at Apple's WWDC keynote in San Jose, California.

The music side of the service is being shut in favor of Apple Music, while iTunes' other content like movies and TV shows will be moved to an Apple TV app, just in time for the launch of Apple TV Plus. Podcasts will go to live in, you guessed it, the Apple Podcasts app.

It's little wonder that Apple is shutting down iTunes after all these years; as of 2019, 50 million people use Apple Music. That may be a lot less than the 75 million subscribers on Spotify Premium, but for a service that's only been around for three years, that's impressive.

It also makes sense that iTunes' visual content is moving over to a dedicated Apple TV area. Set for release in Autumn 2019 (September – November), the Apple TV Plus streaming platform is set to rival competitors like Netflix, Amazon Prime Video, and the yet-to-be-released Disney Plus.

However, the closure of iTunes could prove problematic for iPhone users, as Apple's smartphones use iTunes to manage backups and store data; where this function will be moved to remains unclear.

Still, it's a smart move considering how bloated iTunes has become in recent years; as the data backbone of iPhones and iPads, its original purpose as a place to listen to and store music has been all but forgotten, especially with the rise of music streaming platforms like Spotify and Apple's own Apple Music.

Greg Harwood, pricing specialist and director at marketing consultants Simon-Kucher & Partners explains that "iTunes has become out-dated and less relevant, especially the use of downloads which has become old-fashioned following competitors such as Spotify introducing successful streaming models".

“Apple, under Apple Music, has tried to respond to this quickly changing landscape," he continues.

"The move to a unified app strategy will allow Apple to closely bundle the app with the Apple Music streaming service, with Apple now positioned as an entertainment services provider".

How the transition will work is still to be confirmed in regards to your existing iTunes content, but moving downloaded media from iTunes to Apple Music or the Apple TV  app shouldn't prove too difficult – that should in theory be the benefit of Apple working within its own closed ecosystem, of course.

For the last two years Apple has used Music in lieu of iTunes on iOS, and – incessant offers to sign up for a monthly subscription aside – the change was barely noticeable.

So long iTunes – you changed the world, but now it's time to change you, too.