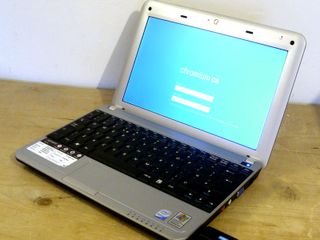 Google Chrome will be launching later in 2010, initially targeting netbook and laptop users

Google is expecting to release its new Chrome operating system later in the autumn this year, according to one of the company's vice presidents.

Google Chrome OS will be competing directly with Microsoft's Windows 7 when it arrives on the market later this year. It will be positioned as a 'cloud computing friendly' operating system.

Acer was recently rumoured to be amongst Google's first manufacturing partners for Chrome OS - a rumour that the laptop maker was quick to scotch last month.

Following a slew of new netbook and tablet PC announcements at Computex this month, there is still no word as yet on Google's various partners for Chrome OS, but we expect to hear more announcements on that front very soon.

He added that Chrome will initially be designed to work on laptops and netbooks.