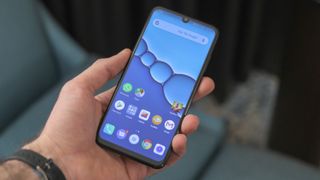 The Huawei P Smart (2019), one of the last Huawei phones with Google apps (Image credit: Future)

In May 2019, Google banned Huawei from using the Google Mobile Services on Huawei phones, resulting in the Mate 30 and possibly the future P40 handsets lacking a Play Store, among other things. While many thought the situation could resolve itself by the ban being lifted, it seems Huawei is fully committed to creating its own app ecosystem instead.

That's according to Huawei executive Fred Wangfei, who hosted a conference to talk though Huawei's future strategy (as reported by DerStandard, an Austrian publication, which is where the conference was held). It's worth pointing out that the Standard doesn't include any of Wangfei's quotes, just reports on what he said.

According to the Standard, Wangfei pledged Huawei won't return to Google services even if the ban is lifted, for the main reason that there's no guarantee another ban won't be subsequently placed.

It seems Huawei's still keen to stick to Android for now if it can though, as when we asked the company for comment on the matter, it told us "an open Android ecosystem is still our first choice, but if we are not able to continue to use it, we have the ability to develop our own".

This doesn't explicitly confirm it wants the GMS back though, as Android is distinct from Google's Mobile Services, so Huawei could just be saying it plans to stick to Android for the HMS rather than Harmony OS.

At the moment, no-one's really sure how far along Huawei is with getting the HMS ready, so it could still be years before the company has a solid roster of apps to offer on its phones, but on the other hand the Huawei P40 series (which we're expecting in March) could have them too.

If Huawei can gain traction and scale with its own app store, we could see Google's apps (Gmail, YouTube, Maps etc) return to Huawei devices via this new shopfront. It would be in the search giant's interest to have its applications available to as many users as possible - it does, after all, already offer its suite of apps on the Apple App Store.

Only time will tell what the future holds for Huawei, but if it can get its competitor to Android and iOS off the ground, the smartphone operating system duopoly may finally get broken by a real contender.