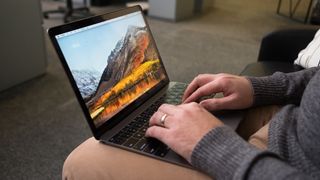 Around Christmas there's a lot of present buying, but also a lot of gadget selling – particularly after Christmas Day as people try and unload the phones, tablets, laptops and other gear that they've just been able to replace thanks to a visit from Santa Claus.

While many will be heading to the nearest mall or shopping center for the New Year sales, finding the product you're looking for can be pretty hellish when you're up against hundreds of other shoppers.

So, whether you're buying a post-holiday gift for a friend or you want to pick up a bargain for yourself, you can get some great value deals on gadgets that aren't brand new after the holidays– but you do need to know where to go and what you're looking for, and that's where our guide can help.

The benefits of used tech

First of all you need to go in with your eyes open when it comes to knowing what you're getting from used tech – gadgets that have had one or more previous owners come in a whole range of conditions and you can expect to pay accordingly. If these gadgets were just as good as brand new ones, they'd be at the same price.

You've got everything from the broken, six-year-old Samsung Galaxy phone someone is trying to flog on eBay, to a refurbished MacBook direct from Apple that comes with a warranty: the more money you save the more of a risk you're taking. It's important to check and then double-check the condition of the item as well as any included extras.

If you get it right though – and we're here to help you do just that – the savings can be considerable and the difference between new and used can be pretty negligible. Even if you're a complete newcomer to the idea of buying second-hand gadgets, you should soon find yourself learning the ropes and picking up a few tricks of the trade.

Of course if you want factory fresh, shiny new gadgets that have never before been touched by human hands, then buying brand new is the way to go. But if you're more budget conscious and fancy making some significant savings then previously owned hardware could be a brilliant way of getting your hands on some great products.

When it comes to used tech, you've got a range of options: refurbished items direct from the manufacturer, official second-hand tech sellers like Cex, and random members of the public through portals like Gumtree and eBay. It's those last two where you can perhaps make the biggest savings, but it's worth noting that you're also getting less of a guarantee that everything is going to work as advertised.

Whichever one of those options you take, do your research. Check the specs and model name of the device listed – make sure it's actually the model you want, and not one that's similar, or similarly named. If in doubt, look up the model on a different site, and check out as many reviews as you can (we've got a few to get you started).

To get an idea of the price you should be paying, check out how much the device is selling for as new. You can also run a search on eBay and tick the box on the left hand side labelled "Completed listings" to see how much other people are paying – just remember to take into account the condition of the item, because this will vary between listings (and can have a significant impact on the price).

Speaking of condition, make sure you check this too, especially on eBay and other similar sites. Read through the small print so you're aware of any damage, scratches or marks, and weigh up any extras that are included, like a warranty – this is usually worth looking out for, even it's only for 12 months, as it protects you against damaged goods.

Get the timing right

When it comes to getting the lowest prices on the best of the used tech out there, timing can be more important than you think. Is a new model of the device you're weighing up about to come out? When did the gadget first go on sale? How popular is it? The answers to all of these questions can all have an impact on how much you can expect to pay.

For example, iPhones come out like clockwork every September – if you're wanting to pick up a used iPhone as cheaply as possible, you're better off trying your luck when a new model has just arrived and a bunch of used iPhones are being offloaded. Actually, iPhones hold their value very well, which is good news if you're wanting to sell one but not so good if you're trying to get one at a discount.

Not every gadget has such a regular launch schedule as the iPhone of course, but a lot of other flagship phones are updated once a year as well. At the very least you can check up on when the device you're interested in was first launched – it's then just a question of getting the balance right between price and age. You want to pick up a bargain of course, but you don't want something that's going to be obsolete soon after you've bought it.

It's not an exact science but the more time and effort you put into your research, the better your chances of picking up a winning deal on a phone, a camera, or whatever it is you're shopping for. The very worst time to take the plunge on some used tech is right before a new model of the same device comes out, as the asking price is likely to plunge quite significantly as soon as that happens.

If there's one bit of advice we'd want you to take away from this article it would be this: be patient. One of the benefits of shopping for used tech is that there are always new deals turning up, so if you miss out on one, another one will be along very quickly. Don't rush into paying over the odds because you're desperate to pick up something quickly.

Of course your hands might be tied a little bit if you're shopping for someone for Christmas or a birthday, but if you're not on a fixed schedule then take your time. Wait for an item to come along that has the specs, the condition, and the price that you want – or something very close to it.

Remember that as soon as a new gadget hits the market, its price immediately starts going down – so whatever type of device you're shopping for, you're never going to run out of options as new hardware arrives and old hardware gets replaced. The longer you wait, the better the device you're going to end up with, usually.

Fire up as many tabs as your browser can take, weigh up a variety of different models and specs from a variety of different sources, and don't rush into anything. The longer you take over your purchase, the better you'll be able to see the long-term fluctuations in used prices on whatever it is you're shopping for.