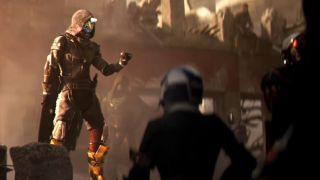 We already knew that Destiny 2 would arrive on consoles before the PC, and now the exact amount of delay involved has been confirmed – and unfortunately it’s a substantial wait for PC gamers.

Bungie’s online shooter won’t debut on the PC until October 24, and at the same time as revealing this official release date, a dab more salt was rubbed into the wound with the announcement that the console versions of the game will now be sprung on September 6 – two days earlier than previously scheduled.

In other words, PC players will have to wait just a day shy of seven weeks longer than those grabbing the game on the PS4 or Xbox One; close to two months, in fact.

As mentioned, that’s a rather lengthy wait, but at least the PC format of the game is getting some considerable boons, not the least of which will be the ability to enjoy the action with a fully uncapped frame rate (as opposed to a cap of 30 frames per second on the consoles – even on the turbocharged PS4 Pro and Xbox One X).

PC gamers will also get full 4K resolution graphics (assuming your rig is up to it) with more visual settings to tinker with.

And indeed while the delay might be a bit lengthier than the few weeks we anticipated, we’d rather that Activision and Bungie get the PC version right, as opposed to rushing it out the door in any way, shape or form.

There will be a beta test for the PC spin on the game as well, and Activision revealed that this will take place sometime in late August (following the betas for the consoles which happen next month).