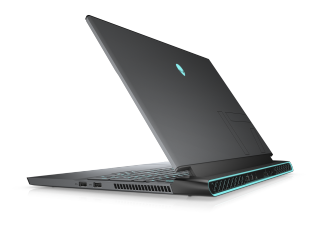 Dell has revealed a number of new gaming laptops at this year’s Computex, namely Alienware’s m15 and m17 laptops, which are now touting new hardware, new features and a vastly improved design, as well as an update to Dell’s more affordable G3 series.

It’s worth noting that the Dell subsidiary did just give its Alienware m15 and Alienware m17 a specs and design upgrade in January 2019, giving those models the new Nvidia RTX 20-series graphics processors (GPUs), 8th-generation Intel Core processors (CPUs) and a redesign of its magnesium alloy chassis, which gives them a thinner and lighter form factor.

However, the new Alienware m15 and Alienware m17 launched at Computex 2019 will boast even more impressive hardware inside and a better design to keep cool inside their even thinner chassis, giving folks with two-year-old (or older) machines some powerful options for upgrading.

What we do know is that both Alienware thin-and-lights are now powered by 9th-generation Intel Core i5 to i9 CPUs, which are among the best processors on the market. In addition, the lowest GPU on hand is now the Nvidia GeForce GTX 1650 (from the previous model’s GTX 1050 Ti and 1060).

Strange that, while the early 2019 models offer up to 32GB DDR4 memory clocked at 2,666MHz, the specs sheet we have for the m15 and m17 upgrades only have up to 16GB of the same memory on offer at maximum.

And both have been given an upgraded thermal solution: the Cryo-Tech Cooling 3.0 technology, for better airflow and thermal efficiency to compensate for the mroe powerful hardware and the thinner chassis.

Dell's refreshed G-series for the everygamer

Just like the Alienware m5 and m7, the Dell G7 15 and G7 17 were also recently updated in January 2019. Those updates featured 8th-generation Coffee Lake i5 – i7 CPUs, Nvidia GeForce GTX and RTX GPUs, and a design that looks more similar to their Alienware counterparts.

The biggest upgrade here is on the Dell G3 15 – which, unlike the other two, hasn’t seen a major update since its April 2018 release. This budget gaming laptop is getting all sorts of specs and design boost, starting with new 9th-generation Intel Core i5 to i7 CPUs, and Nvidia GTX 1050, 1650 and 1660 Ti GPUs.

Furthermore, while the older model only had an optional Thunderbolt Type-C port, this Dell G3 15 redesign will actually have a USB-C DisplayPort.

It will also have Alienware Command Center support for customizations, though to what level, we don’t quite know. However, the application is integrated with Nahimic 3D Audio for a 360° sound experience, dynamic voice volume control and Audio Recon for on-screen visual sound overlay.