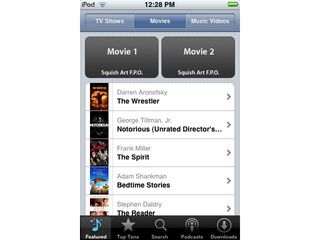 iPhones to allow movie downloads from the handset?

Apple is to launch new firmware to the iPhone in June (iPhone 3.0), which will bring lots more functionality to the mobile phone.

Among this functionality is to be direct movie downloads. This is according to apparent screenshots of the new firmware working which have hit the web.

Movies on the go

If this is correct, then it would mean that you wouldn't have to plug your device into a computer to update it – much like how you can direct download podcasts on the phone at the moment.

If the screenshots do prove to be real, then it shows that Apple is moving away from tying its devices to iTunes on computers, and allowing users to download content straight from their handsets.