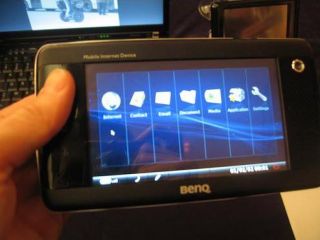 Intel sees much of its future in smaller devices

A leading analyst says Intel’s real competitors aren’t AMD and IBM, but mobile device processor manufacturers such as ARM and

In-Stat says the next few years will be competitive for the silicon giant as it seeks to grow its reach. Due to anticipated slower growth and lower pricing in the PC market, Intel is having to branch out from its key area. And as we saw at both CES and Mobile World Congress, Intel says the future is Mobile Internet Devices, or MIDs.

"Intel's expansion into emerging form factors, such as MIDs, with low-power products expands its list of competitors, particularly those in the ARM processor camp."

In-Stat says that AMD will shadow Intel's move into emerging form factors such as mobile internet devices with accelerated processing units (APUs). Both will compete with ARM in this.

The analyst also says Intel’s leadership will continue in computing. That doesn’t seem at all surprising given the current climate. However he believes it won’t be able to replicate that success in consumer electronics.