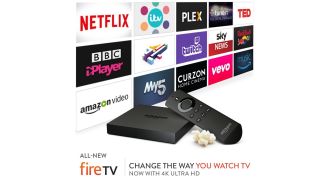 The Amazon Fire TV might be getting a bit long in the tooth, but everything considered it’s still one of the best streaming video players on the market.

So how much should you shell out for one of these awesome 4K streamers?

As of right now, the RRP (recommended retail price) is $89.99 or £79.99 in the UK. That price can fluctuate by 10-15% depending on the week, but that’s around what you should expect to spend on a brand-new Amazon Fire TV.

Now, that being said, before you buy an Amazon Fire TV at full price, you should probably wait until Amazon Prime Day on July 11, 2017 which should bring a significant savings on all Amazon products.

We can’t predict how much you’ll save on a new Amazon Fire TV once the deals go live, but it’s safe to expect a savings of around 20%.

Amazon Fire TV Stick price: how much does it cost?

Of course, the Fire TV Stick is another product we expect to see heavily discounted on Amazon Prime Day on July 11, so keep an eye out for those deals!