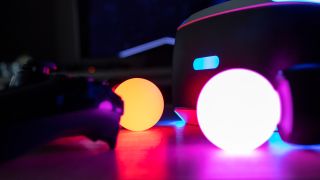 Sony has patented a new motion controller design that could be for the PSVR 2.

Published by WIPO (via 91mobiles), the newly published patent is for a controller device, shaped similarly to a Wii controller, with finger-tracking sensors that can determine which user is playing and the distance between the controllers themselves.

According to the patent, the controller will feature a strap for the wrist, a trigger button on the top and then a long, vertical strip with the finger sensors, so when a player's hand grasps the controller, their fingers cover the sensors.

If this the the design of the new PSVR 2 controllers then it's welcome news, as we will be happy to see the back of the Move's colorful orbs. Plus, these streamlined gamepads should be more accurate at detecting in-game interactions due to its finger-tracking sensors.

While this clearly won't be the PS5 controller, it's very likely to be the new motion controller for the PSVR 2 – replacing the current Move controllers.

While Sony hasn't officially confirmed PSVR 2 is in the works, there are plenty of rumors that suggest a new PSVR headet will launch for the PlayStation 5. Rumors suggest the PSVR 2 may even have eye and movement tracking, although the patent that suggested those features also claimed that the new PSVR controllers may have built-in cameras – which we haven't seen here.

We can only really speculate until Sony officially confirms PSVR 2 is in the works, but this patent certainly gives us a lot to think about.