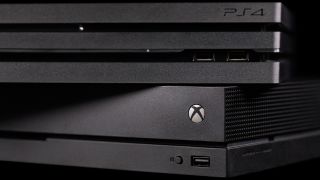 A recent report claims that the PS5 and Xbox Series X release dates could be delayed due to the coronavirus outbreak. But we don't think its very likely.

Financial services company, Jefferies Group (via Business Insider), published a note this week which claims that, because of Sony and Microsoft manufacturing their consoles and accessories in China (which has been hit hardest by the virus), the upcoming PS5 and Xbox Series X releases may be delayed.

"The video game sector is currently manufacturing, or beginning to, a once-in-several-years' product generation change for the 2020 holiday season," the note reads. "If [company] shutdowns exceed a month or so, game schedules will be delayed. New consoles may likewise suffer supply issues from a prolonged disruption, ahead of their Fall 2020 planned launches."

We didn't think this seemed likely - especially given the panic that's currently surrounding coronavirus. So we decided to ask games industry analyst, and managing director of Equity Research, Michael Pachter to weigh in on the report.

While Pachter emphasizes that it's hard to know how long the coronavirus outbreak will last, he also points out that, while the mobile industry may be disrupted by the outbreak, console manufacturers are a different kettle of fish.

While the likes of Apple rely on Chinese manufacturing, Microsoft and Sony are not confined to the country.

"[Apple] doesn’t really have a realistic manufacturing alternative because of the complexity of assembly (many components, very high specs, relatively high cost)," Pachter tells TechRadar. "In contrast, Xbox and PlayStation don’t have to be produced in China, but obviously that is the lowest cost country."

Pachter goes on to explain that Microsoft and Sony should be under less pressure as both companies have lower production demands, due to their release dates in late 2020, and (worst case scenario) have manufacturing alternatives in countries such as Taiwan and Vietnam. On the other hand, Apple is rumored to be releasing the iPhone 12 much sooner - in September - so any disruption could cause delays due to the tens of millions of units they're likely to try to shift - and remember, they're pretty much confined to China for that production.

Pachter estimates that both Microsoft and Sony won't commence production on their next-gen consoles until at least June. However, when they do, they'll only be looking at producing roughly one million units per month, compared to Apple's estimated three to four million units a month.

"If Coronavirus lasts through June, it will be a problem for [Microsoft and Sony]," Pachter tells us. "It’s possible that it lasts that long, but the stock market tells you that is not the case.  If it were, the market would be tanking because of the long-term disruption of the supply chain."

"I could see Apple panicking if Coronavirus is still an issue in a month, but I think Sony and Microsoft will quietly arrange for production in Taiwan and Vietnam (at a cost of maybe $5 – 10 per unit more at most) just to be safe."

In the worst case scenario, Pachter still speculates that Microsoft and Sony will have plans in place. And that's because of Trump's China tariff.

President Trump had proposed a 25 percent tax on items moving from China into the US, that would have hiked up prices of the Xbox Series X and PS5, however the Phase One agreement signed by the USA and China last month means that will not go forward - at least for now.

But as Pachter points out, it's likely that both Microsoft and Sony have a back-up plan for production in case the tariffs do go ahead.

"I don’t know what they plan to do, but presume they are giving serious thought about shifting half their production to Taiwan or Vietnam to fulfill U.S. demand," Pachter tells us.

While nothing's set in stone, and we can't definitively say it won't happen, for now at least it seems unlikely that we'll see the PlayStation 5 and Series X delayed.