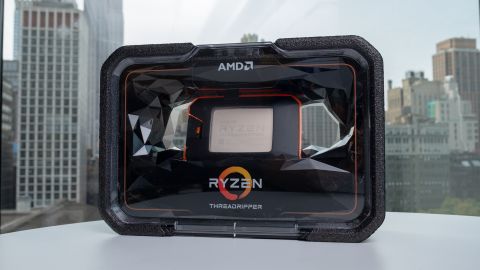 High-end desktop (HEDT) processors are among the priciest PC parts you can invest in, but the AMD Ryzen Threadripper 2920X brings these top-shelf processors into the realm of being remotely affordable.

With a much lower $649 (£599, AU$1,019) price and better performance than its closest Intel Core i9-7900X competitor, there are plenty of reasons enthusiasts and power users will want to pick up this processor.

However, those looking for ultimate performance in this price bracket may want to keep an open mind for the Intel Core i9-9900K – and wait a little longer for the 9th Generation Intel Core X CPUs while they’re at it, too.

The $649 (£599, AU$1,019) AMD Ryzen Threadripper 2920X is still incredibly expensive for a processor when most users can get a fairly competent chip for half the price. However, this CPU comes with a few more cores, threads and a more robust chipset than your average chip.

You won’t find a cheaper HEDT chip that matches the 2920X’s specs.

The AMD Ryzen Threadripper 2920X features nearly the same specs as its predecessor, the Threadripper 1920X, with the exception of an additional 300MHz on its boost clock speed. This increase in turbo frequency largely comes from the AMD’s updated 12nm Zen+ architecture.

This processor also rocks all of Threadripper’s performance enhancing features, including Precision Boost 2, Extended Frequency Range 2 and Precision Boost Overdrive. All the tools listed above are useful for overclocking and squeezing the most performance out of this dodeca-core processor.

However, most users will find Dynamic Local Mode much more applicable for everyday use. The feature essentially switches the CPU between Creative Mode for workloads and Game Mode – for, well, PC gaming – automatically. Without this new feature, switching between these CPU modes requires manual tweaking and a full system reset.

While the 2920X might be at the bottom of the Ryzen Threadipper 2nd Generation stack, it performs well. The processor delivers noticeably higher benchmark scores than its direct predecessor and all the original Ryzen Threadripper CPUs. Compared to the higher-tier 16-core, 32-thread Threadripper 2950X, the Threadripper 2920X holds its own, though it doesn’t quite manage to upstage its upperclassmen.

We can also see the Threadripper 2920X gaining a healthy lead over the Intel Core i9-7900X in multiple tests, including CPU-intensive games.

Unfortunately, the Intel Core i9-9900K – a mainstream 8-core, 16-thread processor – trounces the Threadripper 2920X in almost every single benchmark test by a significant margin. What’s worse is that this Intel chip does all of this while using less power, generating less heat and costing significantly less at $579 (£599, AU$859).

The one advantage the Threadripper 2920X has is the fact that its X399 platform features more PCIe lanes and supports quad-channel memory. You’ll have to deal with the higher cost of those motherboards, which at the very least will start at $199 (about £150, AU$270) when bundled with a Threadripper CPU this upcoming shopping season.

The AMD Ryzen Threadripper 2920X is a offers great performance and a fantastic value as a HEDT processor. However, don’t expect this processor to offer the best performance for its price.

Instead, much of this chip’s value comes from its X399 chipset that affords greater support for memory, storage and more of the latest PC components.

If you’re looking for the best-performing processor without breaking the bank on an extremely high core count CPU, then you may be better served by the Intel Core i9-9900K. There’s also the looming shadow of Intel’s 9th Generation Core X-series processors to consider as well.