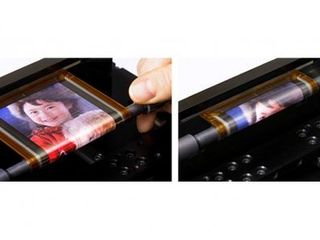 Sony is developing the latest flexible OLED screen tech, promising roll-out screens for mobiles and computers in the future.

Sony announced this month that it has successfully developed a flexible full-colour OLED display which can be wrapped around a small 4mm-radius cylinder.

After 1000 cycles of repeatedly rolling-up and un-rolling the display there was no effect on the quality of the moving images on the screen.

Sony is showing off its new flexi-OLED tech at SID 2010 in Seattle this month.