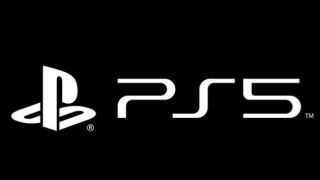 The PS5 launch date is drawing ever closer – the console has been given its (obvious) official name by Sony, we've seen the logo, the competition has been unveiled in the form of Microsoft's Xbox Series X, and developers are promising the PlayStation 5 will move out of the shadows in just a matter of weeks.

But what we've not seen yet is an official PS5 reveal date. There's no event in the calendar, and only historical precedent to work on in terms of pencilling in a reveal window.

Which is why the internet hive mind is working overtime to try to spot the PS5's arrival, and some web sleuths have made a compelling case for a New York launch venue.

A Reddit thread points to New York City's Sony Hall as a potential venue for the reveal event, and looks to its current bookings for sign of a PS5-shaped hole.

It's settled on 29 February, where there's a listing for a private event. The Sony Hall is sponsored by the Sony Corporation, so in that respect it'd make sense for the company to hold an event at a venue it holds the branding to.

New York City is perhaps the center of the world in terms of media, again making the city the logical choice for an event. Though an early 5 February date had been touted in the rumor mill previously, that's now looking perhaps too soon in order for Sony to get media invitations out, and for said global media to make the necessary travel arrangements.

So at first glance it seems a reasonable guess. But dig a little deeper and the cracks start to show.

For starters, 29 February is a Saturday – and no press team worth its salt would ready a launch for a weekend night, with most of the world's press not working the following Sunday. It'd be a missed opportunity to capitalize on any potential buzz.

The same venue is also hosting a private event earlier on 24 February (a Monday) – a much more likely date, given it allows for a full week of news cycle hype to build afterwards.

But venues like the Sony Hall are forever taking private bookings – so just because a date is blocked off, don't assume it's setting the stage for a PS5 unveiling.

Perhaps most pertinent of all is the size of the venue itself. With room for 1,000 people standing or 500 seated, that's actually quite small for a big glitzy launch. When you consider the media in attendance would likely number in the hundreds alone, and you'd have to find room for Sony's teams, developers and shareholders too – not to mention influencers and potentially even fans – it doesn't look capable of the scale Sony would surely be hoping for.

The PS4, for instance, was revealed at the Hammerstein Ballroom, which had more than double the capacity at between 2200 and 2800 attendees.

And so the saga of the PS5 launch continues – and we've the feeling that, despite the rumors, we're still no closer to the truth.