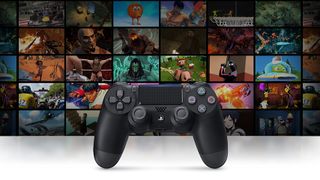 UPDATE: Sony doesn't seem so sure about its "fastest console" claim, after the job listing removed all mention of the next-gen hardware...

The Sony PS5 will be the "world's fastest console", if a job ad posted by Sony is anything to go by.

A job listing for a Senior Cloud Engineering Manager at Sony Interactive Entertainment has made the bold claim, which will no doubt raise eyebrows given the state of the current generation of consoles – with the Xbox One X seen as winning out on sheer processing power over the PS4 Pro.

The listing says that the potential applicant will be helping "to build next generation cloud infrastructure", and "will also be one of the leaders of an elite team that is super excited to launch the upcoming world’s fastest console (PS5) in 2020."

Race to the finish

With both the Xbox Scarlett and PS5 set to launch in the same end-of-2020 release window, the question of which console wins out on power and speed will be important – with faster consoles able to do away with lengthy loading screens, render more in-game assets, reduce lag during multiplayer, and make for a smoother and more immersive gaming experience whether you're playing massive open-world games (Cyberpunk 2077) or fast-paced online shooters (Call of Duty: Modern Warfare).

The speed of both next-gen consoles will undoubtedly be a jump from what players today are used to, and small differences in speed may not be as important to some as, say, exclusive games or support for peripherals like VR headsets – with Sony leading the race on both fronts.

But if the PS5 really can boast the "world's fastest console", it may take away the biggest advantage that Xbox currently has in the current generation of gaming machines.