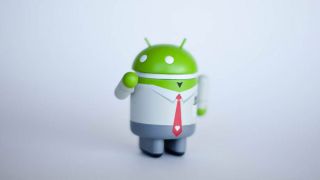 Google has confirmed that Android M will officially be named Android Marshmallow, but there's already a call to change it from a mellow yet vocal section of society: the stoners.

A website called misformunchines, designed like Google's Alphabet site, has just popped up containing an open letter to Google to change the name of Marshmallow to Android Munchies.

"We assert that it would be neither humane nor fair to the millions of stoners to call the upcoming release anything but 'Munchies', regardless of how tempting and mushy marshmallow sounds right now," it reads.

There are also some fancy graphs explaining that there's big overlap of Android Users and stoners, which we can only assume is based on real empirical evidence.

However, there's no actual petition as far as we can see. The signature on the bottom also looks like "Bud Munchies" gave up halfway through.

In sum, the whole thing looks like it was put together by someone who was high at the time. We wish them well on their quest.