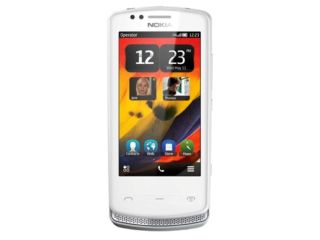 It might be nearly the end of the day, but we're not letting this one slip under the radar: Nokia looks like it's getting ready to unveil Symbian Belle.

The news comes from Nokia's Facebook page where a countdown clock is ticking down to the 24 August, when 'Something new on Symbian' is promised.

The original Flash video linked to something called 'belle_fb_TeaserMain' according MyNokiaBlog, so it seems nailed on that we'll be getting a glimpse of Nokia's imminent future shortly.

However, showing the next level of the Symbian OS would be a surprise from the Finns given the first update, Symbian Anna, has only just landed on many models.

But as the focus is about to shift to Windows Phone for Nokia, it makes sense to ensure nobody loses interest in the incumbent platform; revealing Belle, and possibly new handsets, would make sense.

The Nokia Blog has also nabbed a couple of press shots of the rumoured Nokia 700, which reportedly carries a 3.2-inch OLED screen, 1GHz processor and NFC capabilities, along with the aforementioned Belle OS.

So it seems pretty likely we're going to get something from Nokia's next level labs shortly - but is it enough to keep the brand going?