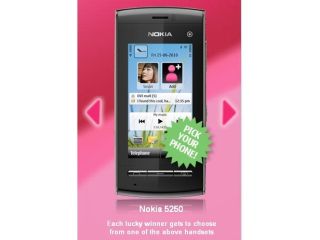 Nokia looks set to release the new 5250 XpressMusic to replace the budget 5230 in the near future.

The phone has 'shown up' on the internet, although the exact source of the image is unknown other than 'from an extremely reputable source' on the Tamss60 blog.

The image shows a more Nokia X6-like handset but with a larger bezel, so we'd assume this would also land at the lower end of the spectrum.

The font used in the image seems a little un-Nokia, so we'd take this finding with a pinch of salt - especially as there's no origin for the photo.

However, the Nokia 5230 is up for a reboot in the future, and Nokia wants to safeguard its market share in the cheaper smartphone sector, so a new handset along these lines is likely in the future.