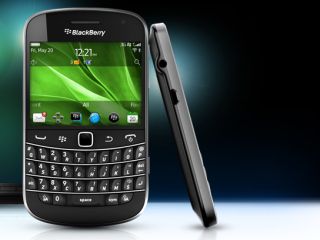 The BlackBerry Bold Touch 9900 UK release date has finally been revealed, courtesy of Carphone Warehouse and Best Buy which will be stocking the handset from 18 August.

The retailers will offer the Bold Touch for free on contracts from £31 per month, with no word on SIM-free pricing just yet.

Plus now we have moving pictures of the phone too, so check out our BlackBerry Bold 9900 video review:

Announced back in May, the touch and type candybar handset combines RIM's much-loved physical QWERTY keyboard with an itty bitty 2.8-inch touchscreen.

It's the follow-up to the popular BlackBerry Bold 9780, with a very similar design rendered in premium materials like the brushed stainless-steel casing.

The Bold Touch is also the first handset to rock BlackBerry OS 7, which brings faster loading times, redesigned icons, an updated Facebook app and the new iteration of BlackBerry Messenger to the party.

Matt Stringer, UK MD for The Carphone Warehouse reckons that all this means the Bold Touch will, "appeal to more than just the traditional business user."