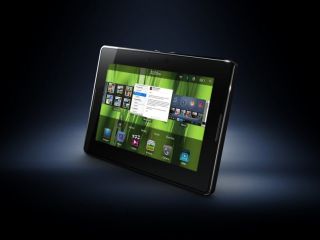 The man in charge of BlackBerry products has fired a broadside at Apple, insisting that you 'don't need an app for the web'.

RIM's CEO Jim Balsillie is keen to push the latest venture from the company – the BlackBerry PlayBook – and he believes that Apple is focusing too much on applications and not enough on the existing web.

"We believe that you can bring the mobile to the web," said Balsillie at the Web 2.0 conference in San Francisco.

"You don't need to go through some kind of software development kit," he added. "That's the core part of our message. You can use your existing development environment.

"Do you need a set of proprietary tools to bring existing assets on to a device, or can you use known tools that you use for creating websites?"

Apple has faced criticism for labelling its iPad tablet the best browsing experience – despite its lack of Flash support.

Balsillie's comments are by no means a lone voice, with the likes of Google and (obviously) Adobe also suggesting that web support is key to portable connected devices like smartphones, tablets and laptops.