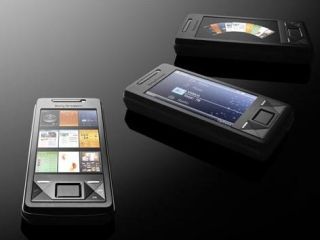 The new Xperia could be in your hands soon

The new Windows Mobile totin' Sony Ericsson XPERIA has been tested as a pre-production model, and has come back with some good reviews.

Those chaps over at The Boy Genius have given the device a glowing report, with only the QWERTY keyboard coming in for any criticism.

The XPERIA is Sony Ericsson's first foray into the Windows Mobile quagmire, and manages the task with some aplomb.

The 800X 640 VGA screen is an iPhone competitor, and handles web pages more than adequately. Even the gallery of little lights get the thumbs up.

But worryingly, the QWERTY keyboard gets some stick, as the keys sit flush with the sliding mechanism, so have very little travel. They also have poor resistance when used, despite being all funky and triangular.

As said above, this is pre-production, so we'll try and snaffle one of the official ones when released to give you a full run-down.